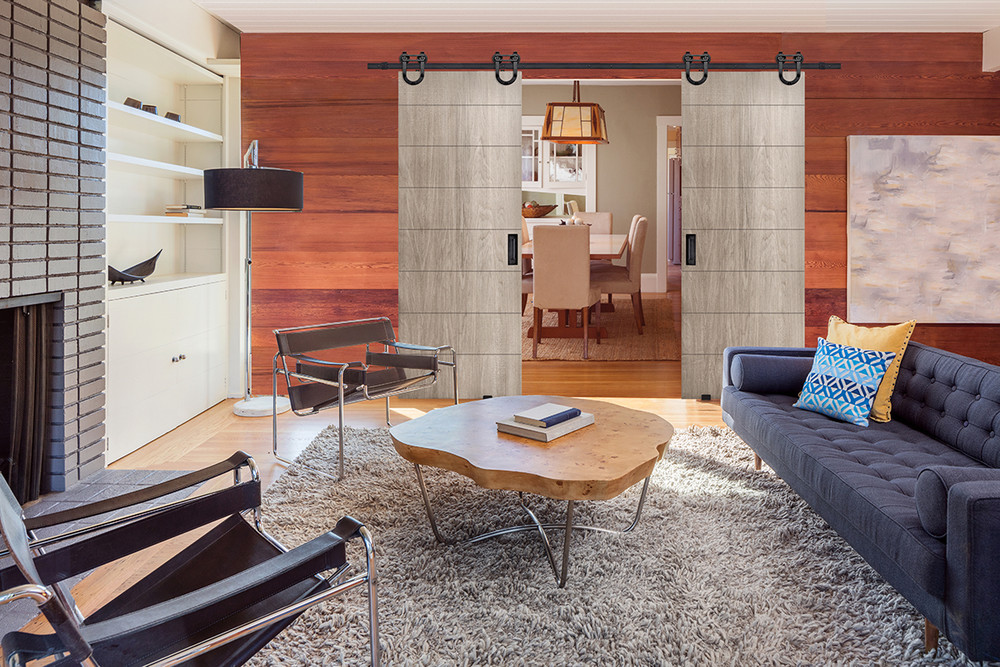 Few schools of design boast as committed of enthusiasts as mid-century modern. Featured prominent in movies, on TV, and in the hottest design magazines, this look isn't about to slow down.

This approach to design originated — as its name suggests — shortly after World War II. At the time, however, it was simply thought of as modern style.

The term 'mid-century modern' was not coined until the 1984 release of a Cara Greenberg book about 1950s furniture. This marked a turning point for the concept, which had fallen out of fashion between the 1960s and mid 1980s.

Mid-century modern returned in full force during the 1990s and has remained relevant since then. Slowly, however, the style is beginning to shift. This is exciting, as it allows for creative opportunities that were once out of reach.

As you choose the perfect accessories to punch up your space, it helps to know what, exactly, constitutes a classic mid-century modern look — and which contemporary shifts are on the horizon. We highlight both below:

What to Expect from Classic Mid-Century Modern

Influenced by traditional styles such as Bauhaus, mid-century modern emphasizes functionality and simplicity above all else. The style is highly practical, with ornamentation kept to a minimum.

Don't confuse mid-century modern's lack of adornment with dull or unattractive aesthetics. Rather, basic but effective details take over to make a powerful impression. Sleek lines and organic shapes dominate, although geometric forms are also incorporated to great effect.

A Contemporary Take on Mid-Century Modern

Mid-century modern is definitely having a moment. This style is in keeping with the current love of minimalism. Increasingly, however, designers seek to integrate modern concepts to give this classic style a new edge. This exploration promises to shake up the look as we know it. We've highlighted a few of the most compelling shifts below:

Classic mid-century modern aesthetics nearly always avoid patterns, as these have a tendency to undercut the simplicity that lies at the heart of this style. With contemporary mid-century modern, however, patterns can be strategically incorporated while still maintaining a clean look. This approach is most common when designers fuse the best of Boho and mid-century modern.

Typical mid-century modern designs are straightforward and free of ornamentation. This simplicity was largely a response to the extravagance of the Art Deco era. Now, however, there's stronger demand for visually impactful details without sacrificing the general aesthetic of mid-century modern. Hence, the growing use of adornment within classic looks. These additions are typically subtle, with just one or two embellishments bringing a fresh feel to familiar styles.

Contemporary style can be difficult to define, but in general, it focuses on showcasing space rather than specific pieces. Therein lies the appeal of the open concept, which can make even the smallest homes or apartments feel spacious. This idea originated during mid-century modern's heyday, but has evolved in an era of remote work. Now, the most appealing open-concept layouts are highly adaptable. This focus is in keeping with mid-century modern's practical nature but may, at times, call for more 'stuff.'